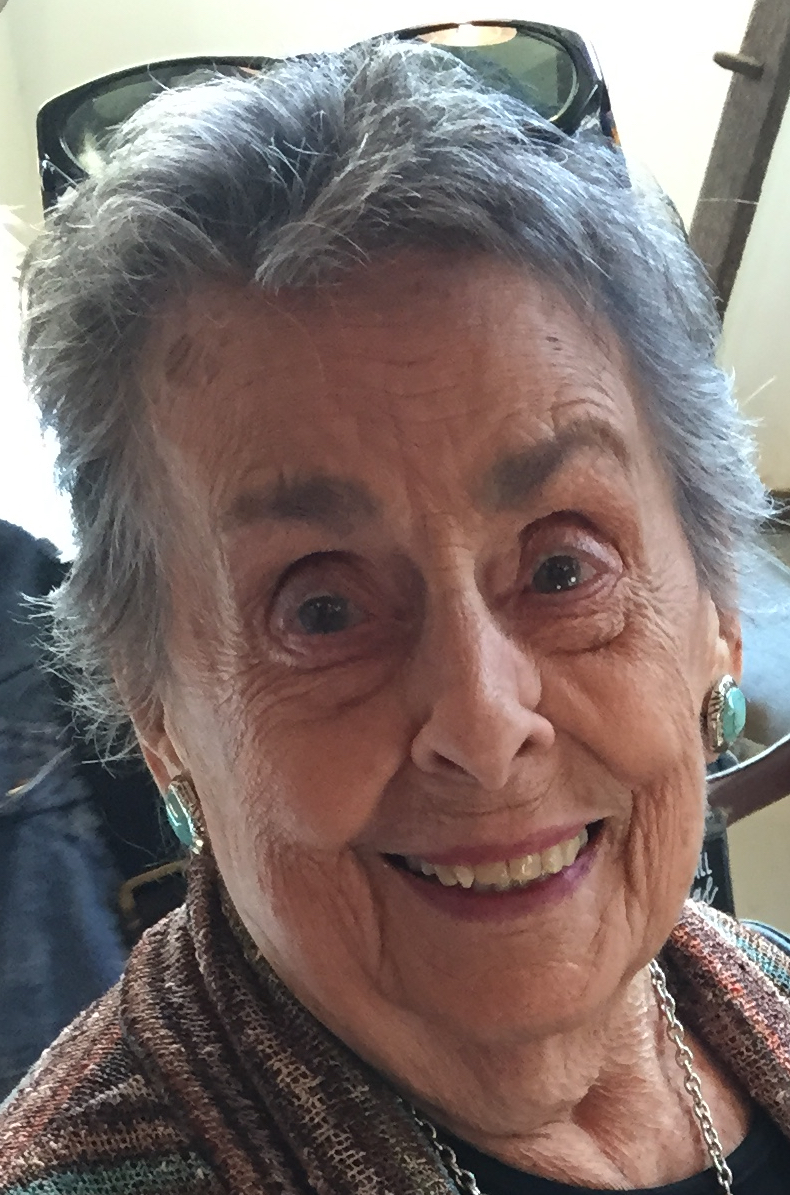 Virginia Beach- Frances Shirley Wolfe Jones, age 98, passed away in Va. Beach, VA on November 15, 2021. She was born in March 1923 in Norfolk, VA to Nile and Emily (Sitser) Wolfe. Shirley grew up in the small village of Kempsville, VA in the heart of Va. Beach, where she graduated from Kempsville High School in 1940. She played on the girl’s basketball team, earning her letter in 1938 and was co-captain her senior year.

In 1944, she married Marvin Bruce Jones, a Navy seaman she had met on a bus traveling to visit friends in North Carolina. They were married in San Diego after the war and together they had two daughters and built a life in Princess Anne County. Shirley was creative and multi-talented and she used those skills to become an active member of her community, joining and volunteering in numerous organizations. She was a member of Kempsville Baptist Church from 1929 to the present, serving in a variety of roles including Sunday school teacher, leader of the BYPU and coordinator of the church kitchen throughout her years there. She also played a major role the church’s annual Easter cantata in the 1960’s. She helped design costumes and stage-managed the activities of those who participated.

She was a 70+ year member of the GFWC Kempsville Women’s Club, serving as President and in other offices. She received the Jenny June Leadership Award for the state of Virginia while a member. She was the leader of Girl Scout Troop 231, mentoring the girls in that organization from Brownies through Senior Girl Scouts and led the first Mariner Girl Scout Troop in the area. She also taught kindergarten at Fair Meadows private school for several years in the late 60’s and early 70’s.

She and Bruce were founding members of the VA Aquarium & Marine Science Center’s volunteer organization. She served as both a docent and a volunteer there until her health declined. Always the leader, she quickly became a Shift Captain, organizing where her crew needed to be to give visitors their best experience.  She continued to work for the Aquarium at home creating scrapbooks that document the history of the center. Her talent for teaching, organizing and creating projects was greatly appreciated by the museum.  The volunteer room at the VA Aquarium is named for Shirley and Bruce as a tribute to their endless hours of service.

Being a grandmother and great-grandmother was one of her great joys and having her grandsons come to spend time with her each summer gave her much pleasure. She and Bruce made sure the boys had plenty of time to go to the beach, fish for crabs and visit Bush Gardens and other fun places in the area. Later in life she was able to visit her great-grandchildren in Texas on occasion.

A memorial service will be held at a later date. To honor Shirley’s life, donations may be made to The VA Aquarium or to The Girls Scouts of the Colonial Coast.

Dear Karen, Sharon and extended family,
It is with profound sadness that I send my deepest heartfelt condolences on the loss of your beloved mother and my Aunt Shirley. There are no words to adequately convey or express what the passing of her life into the next world means to me. Please know that my family grieves with you and yours. I love you all and hope with time the pain of your loss will be replaced with the many wonderful memories we have all shared.
Love, Robbie

It was a pleasure to know Bruce and Shirley and their enthusiasm for the aquarium.

What a life of giving to others and the community. Mrs. Jones was My Brownie Scott leader and Girl Scout leader. She was always so pleasant. That’s where I met her daughter and friend, Sharon.
Prayers and special thoughts for a wonderful lady.
Joyce Ross Mason

I have never met anyone more willing to volunteer their time in so many ways. Shirley’s kindness impacted many lives, and she will live on in many hearts.

It has been our pleasure to know Shirley and Bruce Jones for 45 years. What a great couple and wonderful teachers when we were involved with them in the Dixie Squares Square Dancing group. What wonderful parties at their house, especially at Christmas with their house decorated in such a lovely manner. Thanks for all the memories and we hope to see you on the other side.

I new Mrs Jones as a young man because her mother was a customer of ours at the Gas station. My father always made sure we gave her extra care . That is how I met here daughter Shirley or Mrs Jones to me . They were always a happy and loving family . I later new Mrs Jones in Thalia and she never changed , I can still see her big smile and happy personality. Her daughters are lucky to have had one of those Great Mothers and Grandmother. I am sorry for your loss.

Wow, what a special woman and family! Much love and admiration to you all. The Virginia Aquarium was so blessed to have Shirley and Bruce working with us. Their legacy will live on!!!