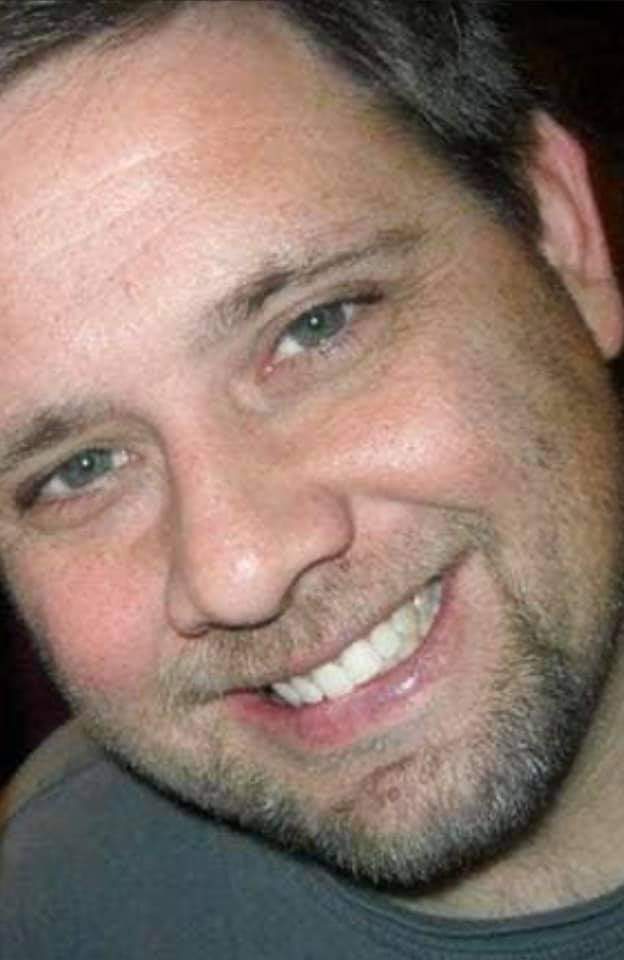 Virginia Beach- James Wilcox passed away suddenly on Saturday, July 4, 2021. He was a dedicated and loving husband, father, son, brother, uncle and friend.

James was born in New Brunswick New Jersey on July 24, 1971 to George and Marion. He married his loving wife on December 30, 1998. He has two beautiful children, his son Sean and his daughter Carmen.

James loved the movies. His favorites are Star Wars, James Bond, Jaws, Halloween and Dr. Who. He was a devoted New York Football Giants fan and Detroit Tiger fan.

James was best known for his sense of humor. He could always make light of a situation. It brought him joy to make other people laugh.

He is preceded in death by his mother Marion. He is survived by his wife Andalucia “Andi”, his children, Sean and Carmen, his father George Wilcox, his brothers George and Christopher Wilcox, his sisters Kim (Christopher) Lynch and Kristie (Ryan) Griffin and his nieces and nephews and friends.

In lieu of flowers please make a donation to https://gofund.me/9c899cae.

Cremation & Funeral Services of Tidewater is assisting his family. Online condolences may be expressed at www.candfservices.com.

James I miss you so bad! This hurts so much knowing your gone but you are with mom now .I love and miss you. Love your baby sister Kristie

Andi and family,
I was so saddened to hear James had passed away. There are no words to heal your pain but I am praying for strength in the days to come. I love you.
Susan Hickman

We, in the SSL, will miss seeing him in our weekly live shows & sharing cigars with him. My thoughts & prayers are with you & the family. May the peace that surpasses all understanding settle upon you all!

Andi, I did not know James however I know you and your kind, intelligent demeaner so I know James was a wonderful husband father sibling and friend to all who knew him. I wish I had some magic words to say that would help you to heal, I can say I am sorry for your loss. I am saddened by this news and will keep you and the family in my prayers and daily thoughts. Be Blessed, My Friend! Love Your CYP Team Mate Judy Luckey

My brother I will truly miss you.You are with mom now. Andi,Shawn,Carmen we are praying for you at this difficult time . We love you all